Even prior to meter installation, Prognosis successfully detected an error in reported meter geometry of an 8” 0.4 beta Venturi meter destined for offshore North Sea.

From a photograph of the meter label, it was confirmed that the meter’s throat diameter had been incorrectly entered onto the calibration certificate.

Had this error gone undetected, it would have produced a +1.6% bias in the meter’s flow rate prediction.
With a typical meter throughput of 800,000Sm3 per day, the cost* of an error of this magnitude would be:

Prognosis was successfully installed on a 6” 0.7 beta Venturi meter, located offshore Malaysia and measuring Wet Gas.
Compensation was applied to Prognosis to account for the meter’s performance in Wet Gas meaning that the diagnostics will then monitor for any significant change in liquid loading. 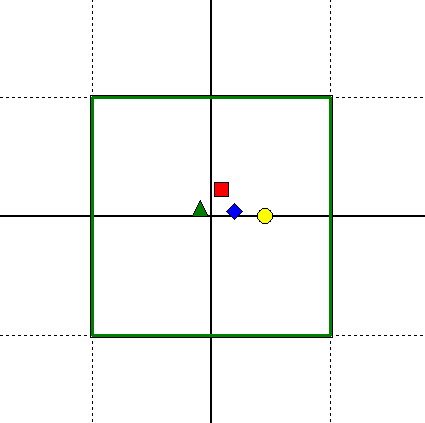 Following some routine maintenance work Prognosis identified an error in the DP inputs. 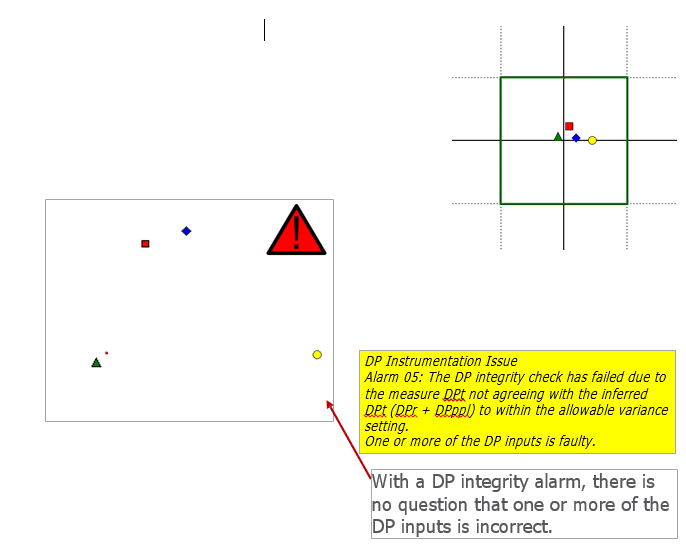 The fault was quickly traced to a scaling error in the control system which was resulting in gross errors (up to 300%) in the measured DP inputs. As the error in this case was not with the ‘traditional’ meter DP, the reported flow rate would not have been affected. However this case goes to prove that Prognosis will ‘self-diagnose’ any issue with the diagnostics integrity; in other words, the Prognosis system is ‘self-checking’. Had this error been with the traditional DP reading, with a typical meter throughput of 970,000Sm3 per day, the cost* of even a 4% error in DP (producing a 2% error in flow rate prediction) would be: 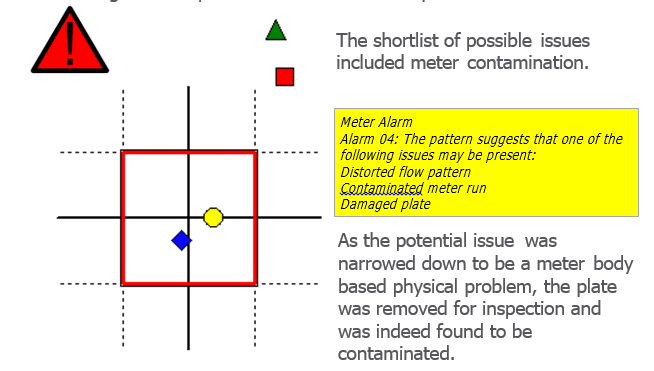 As the potential issue was narrowed down to be a meter body based physical problem, the plate was removed for inspection and was indeed found to be contaminated. 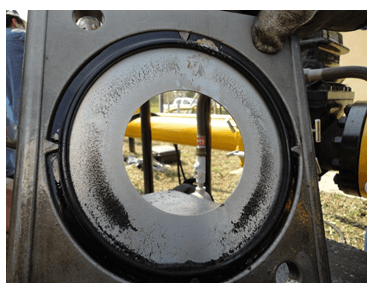 Had Prognosis been installed permanently, this issue would have been detected a lot earlier as contamination began to build up. In this instance, with a typical meter throughput of 184,000Sm3 per day, the cost* of a 3% error in flow rate prediction due to meter contamination would be: 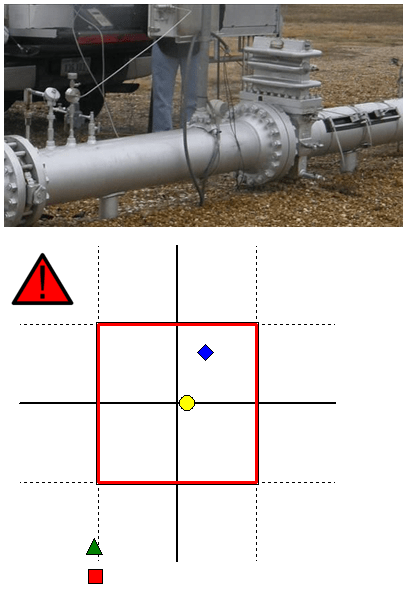 The operator suspected (from mass balance checks) that the meter may be giving an erroneous flow rate prediction. The diagnostic response indicated a very unsteady flow and together with a distinct and repeatable pattern was indicative of pulsation and/or wet gas.

A clamp-on USM was unreliable (hence providing no useful information) due to the low pressure.

The plate was removed and was found to be coated in fresh water. It was concluded (as short- listed by Prognosis) that this pipe run had significant water hold up. The water level was not steady and varies over time causing the subsequent changes in the meter performance and flow rate prediction errors. It was estimated that errors could be 5% or more.

With a typical meter throughput of 1,354,000Sm3 per day, the cost* of a 5% error in flow rate prediction due to liquid carry-over would be:

Prognosis was applied to a 4”, 0.4 bets gas Orifice meter (onshore Russia) with which the Operator suspected no issues.
The Prognosis response indicated a significant issue with the meter system. At the top of the shortlist of possible issues was incorrect meter geometry. 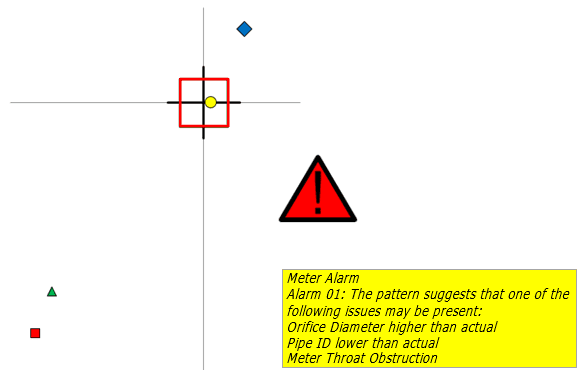 Following on from Case 5, once the correction in meter geometry was made, the diagnostic response was still indicating a non-compliance issue with the meter.
As the diagnostic response was extremely steady, issues such as pulsation, wet gas, upstream disturbance etc. were ruled out; either the pipe ID is not as reported, the tappings are non- standard or there is some other non-compliance issue with the pipework.
The pipework was eventually inspected and was discovered to be not compliant with either the GOST or the ISO standard. 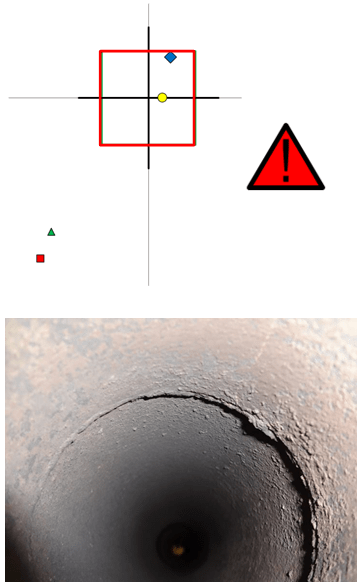 It was estimated that this rough internal surface plus a ‘step change’ in the pipe ID both upstream and downstream of the meter was causing a flow rate prediction error of 4%.
With a typical meter throughput of 162,000Sm3 per day, the cost* of an error of this magnitude would be:

Prognosis was installed on a 6” 0.7 beta Venturi meter, offshore North Sea.
The operator did not suspect there to be a wet gas issue; no provision was made for a wet gas correction and the meter’s ‘apparent’ gas flow rate was reported.
Once Prognosis was installed, the diagnostic response identified a significant difference in expected and actual meter performance (with expected performance based on the dry gas calibration). The most likely issue based on the diagnostic response alone was wet gas.
Wet gas was confirmed following a spot check sample analysis.
The mis-measurement in the reported meter’s flow rate due to wet gas is likely to be 15% or more. 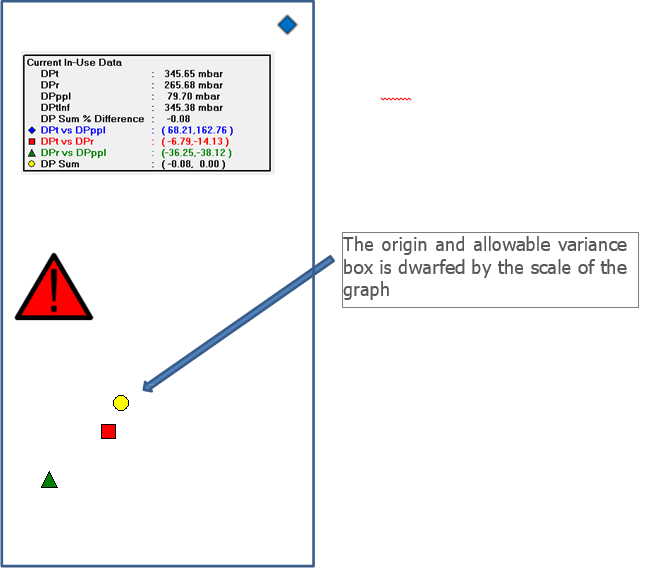 With the reported meter’s throughput being typically 1,652,400Sm3 per day, the cost* of this being a 15% over-reading is:

“The use of diagnostic systems based on the use of an additional measurement of the fully-recovered pressure is gradually becoming well established. Experience has shown that this technique enables the Operator to detect significant deviations from normal operating conditions as they arise. It may therefore form the basis of a condition- based maintenance strategy, as described in Chapter 4 of these Guidelines;
DECC has already agreed to the adoption of such a strategy at a major UK terminal. Operators of new developments are strongly encouraged to consider the adoption of such a strategy. The provision of an extra pressure tapping costs relatively little at the design and manufacturing stages, but may permit significant operational savings to be made during the life of the field.
Operators should note that, as with any condition-based maintenance strategy, provision must nevertheless be made for the isolation of the primary measurement element, since it may still be necessary to remove the orifice plate should the diagnostic system indicate that plate damage or contamination has occurred.”

If you require further information on this product or would like a quotation, please contact dp-flow on: