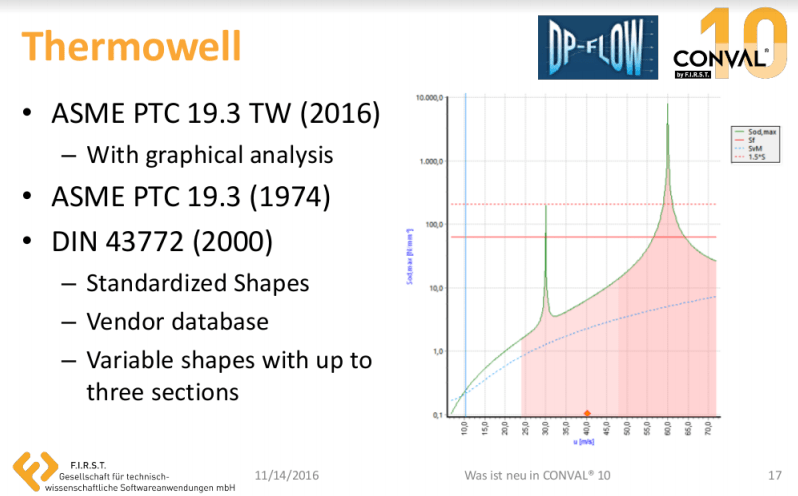 Graphical analysis of the velocity / frequency allows for determination of transient flow rates through the hazardous region in to the normal steady state flow regime in application of pre-installed, weld in thermowells for failure analysis.

The thermowell module of CONVAL is available as a standalone package.